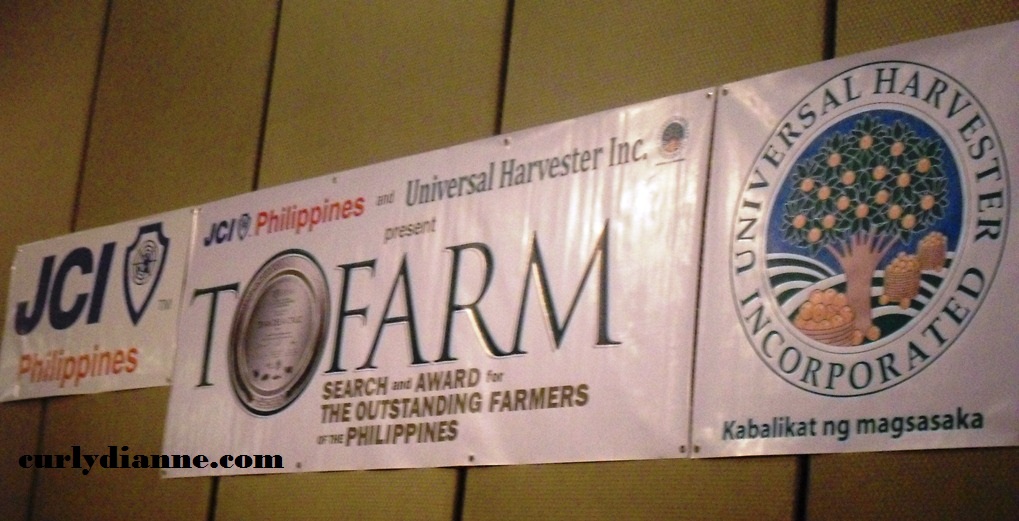 Today, March 14, the Philippine Jaycees (JCI Philippines) and Universal Harvester, Inc. (UHI) launch its second consecutive search for outstanding Filipino farmers at the Mandarin Oriental Hotel in Makati in the prestigious recognition program for the most noteworthy achievers in various categories of the farming sector.

TOFARM 2013 wants to identify more unsung heroes in the fields, seas and urban areas from North Luzon to Southern Mindanao. They revived the last year that acknowledge the increasingly important role that the farming sector has played in boosting the economy and to inspire more young people to turn to agriculture as a livelihood. 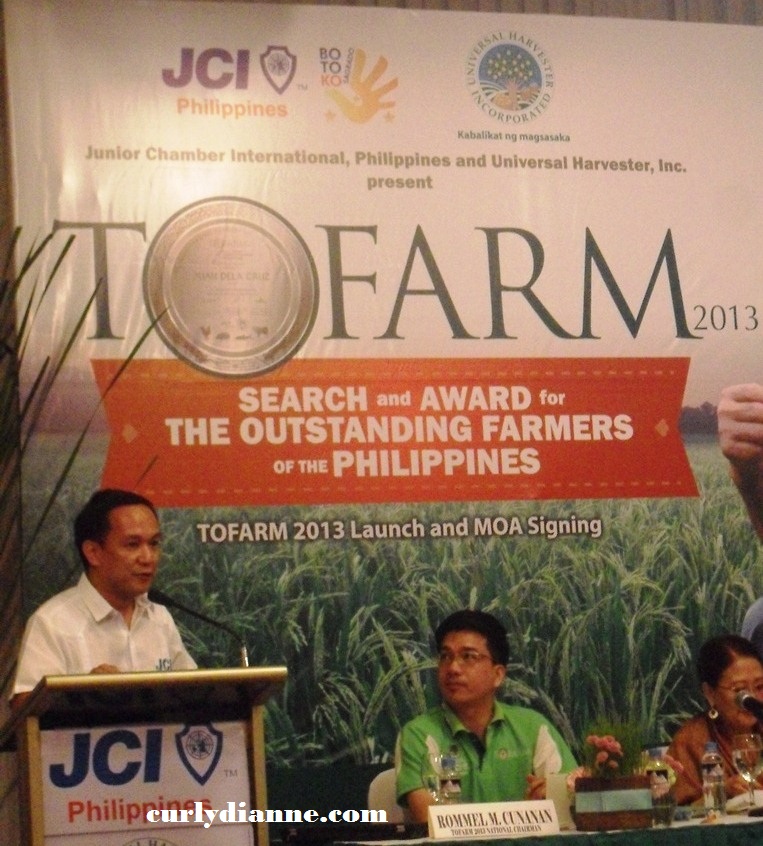 This year’s TOFARM has added a new category – the Woman Farmer – in the annual search. “This is to recognize the growing number of women who have carved names for themselves in various agricultural fronts and who have brought recognition to the country through their individual or collective endeavors,” said Rommel Cunanan, TOFARM Project Chairman.

Many people from the Agriculture industry joined this event and positive responses they have with the Q & A portion with the TOFARM Project Chairman Mr. Rommel Cunanan, Universal Harvester through its Executive Vice President Milagros Ong How and some of the recipient of the 2012 TOFARM awardees.

For her part, UHI’s Mrs. Milagros Ong How said “TOFARM 2012 only scratched the surface in identifying farmers with best practices and extraordinary achievements. In TOFARM 2013 we want to explore new territories and discover other achievers who have not yet been recognized for their contributions to our country. This year, we want to widen the search to include outstanding women farmers. This is probably why we are launching TOFARM 2013 on International Woman’s Month.”

UHI, a progressive Filipino company established in 2003, is involved in the direct manufacturing, local distribution and exportation of a number of world-class quality fertilizers. 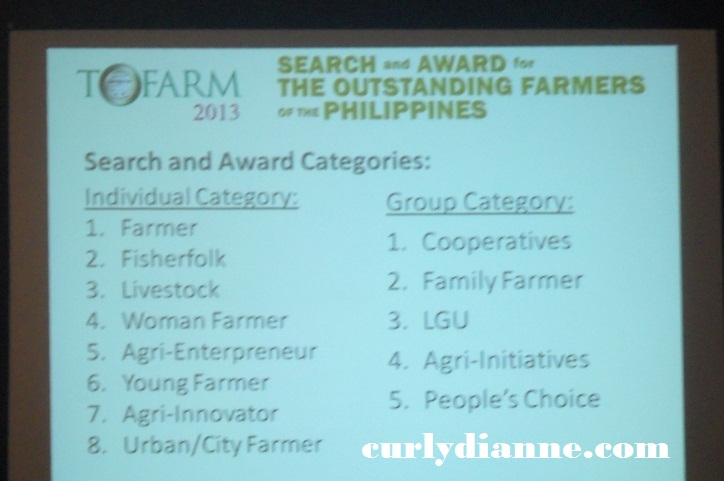 TOFARM will give out 12 awards this year, seven in the individual category and five in the group category.

The nomination period for Outstanding Farmer candidates begins in March and will end on September 2013. Validation and Judging of nominees will take place in, while the Awarding takes place in December.

Nominations may be submitted as hard copy or sent online to www.tofarm.org. Nomination forms may be downloaded from the website.