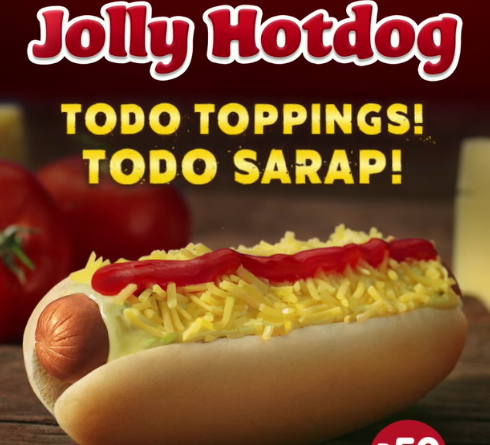 This new ad is the latest in a series of wacky and entertaining videos which shows how people can be as “todo” as the “todo sarap” Cheesy Classic Jolly Hotdog.

It all began with the Todo Drama and Todo Clingy Jolly Hotdog commercials starring actor Joshua Garcia. These funny ads fleshed out the idea of over-the-top dramatic acting, with Garcia emoting heavily in front of his friends who all ate their Jolly Hotdog sandwiches without him in the first video. The second video reverses the roles—this time, it’s his friends who are extra dramatic and clingy with him. In the end, they all enjoy something that matches their “todoness”—the Jolly Hotdog!

The Joshua Garcia ads were then followed by a Todo Wall Climbing video, which shows a climber struggling to move up, only to see someone else easily climbing the wall vertically and even horizontally with his “todo” skills.

These “todo” ads—with the latest installment spinning its way to hilarity and taking the spinner’s riding class to a whole new level—should make you crave for a Cheesy Classic Jolly Hotdog from the Jollibee store nearest you! What are you waiting for? Indulge in the delicious Jolly Hotdog, available for dine-in, take-out, delivery, and drive-thru in all Jollibee stores nationwide for only PHP 50.00!