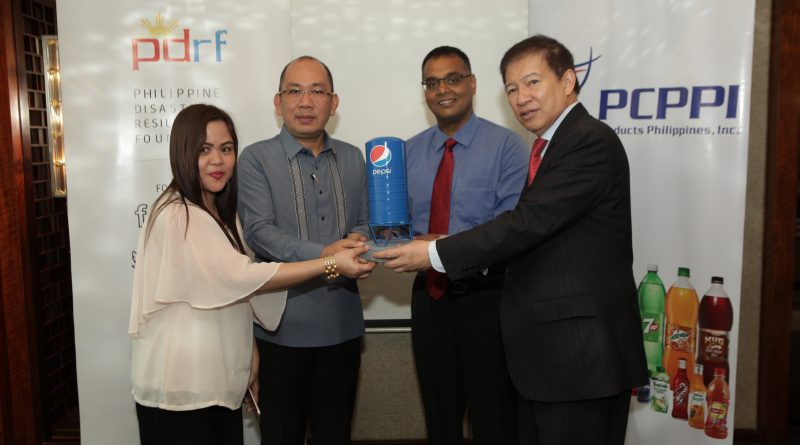 PCPPI will also partner with PDRF to conduct community training on water management and hygiene, as well as initiate various programs for the holistic, socio-psychological recovery of the Maranaos. Marawi is on its way to recovery. As the efforts continue to revive Lanao Del Sur’s capital after being ravaged by war, private institutions and government organizations are partnering to address the need for water of Maranaos and others in the area. In full support of this partnership is Atty. Falconi Millar, Housing and Urban Development Coordinating Council Secretary General, who was present during the signing ceremony. Millar also serves as Undersecretary of Task Force Bangon Marawi—the inter-agency task force group of the government dedicated to the recovery, reconstruction, and rehabilitation of Marawi and other affected localities.

“Much has been done by Task Force Bangon Marawi, yet much is still left to be done,” said Millar. “In the evacuation centers, we have 1,248 families as of last week while in ground zero about 10, 000 families are living there. There are about 12, 000 households who are currently home-based living with relatives, however they still want to return to their households. We are targeting the groundbreaking for the most affected area of Marawi for the last week of June. We are working double time.”

The Undersecretary underlined that PDRF was one of the first to send recovery teams to Marawi, and that with their partnership with PCPPI he sees an evolution of responsible corporate citizenship in the private sector.

“Everyone is being called to be a responsible corporate citizen. In trying times like these it now becomes a duty of every corporation to lend a helping hand,” Undersecretary Millar said.

The collaboration between PDRF, PCPPI, Task Force Bangon Marawi and the Lanao del Sur government helps mobilize the next phase of rehabilitation efforts in the war-stricken area, beginning with the need for water.

“Water is a critical need and a fundamental right,” said Butch Meily, President of the PDRF. “It’s been a year since the siege of Marawi, and until now more than 70, 000 families still have to live with the hardship brought about by the war. Today we are even more determined to turn the tide by providing them with the water they direly need.”

The PDRF implements an eight-cluster system model for private sector coordination aimed to provide a more robust platform for collaboration and interoperability with key partners in disaster preparation, response, and rehabilitation. PCPPI’s efforts fall under the Water and Sanitation cluster.

“This project will benefit the 12 most affected areas in Marawi, the biggest of which is Saguiaran,” said Meily. “Community consultations will continue to ensure the project’s viability, accessibility, and efficacy.” “Marawi has always been one of the key communities that patronize and support our products and we have great stories of partnerships with PCPPI built throughout the years. This is why when PDRF approached us and asked for help to rehabilitate the city, we did not hesitate,” said PCPPI President, Samudra Bhattacharya. ” By providing access to clean water to the 12 evacuation sites, especially in this time of Ramadan, we hope for a renewed determination for the residents to pursue the rebuilding of the city.”

Also at the event was Lanao Del Sur’s Provincial Information Officer, Salma Jayne Alonto-Tamano. Millar reiterated the government’s relentless pursuit of rebuilding Marawi, returning it to its vibrancy. “With Pepsi and PDRF’s partnership, it’s evident that a scarcity of care does not exist–they have answered the call to be responsible corporate social citizens, with PDRF running toward the fire to lend a hand. Today, we find Task Force Bangon Marawi isn’t an organization; it’s all of us pitching in to help,” said Meily.  “PCPPI’s help will not only quench the thirst, wash the hands and bodies of the affected community, but will also help them feel human again,” said Meily. PDRF first worked with the bottling company last year for the donation and installation of 1,000 gasera lights and 500 solar street lamps in Marawi.